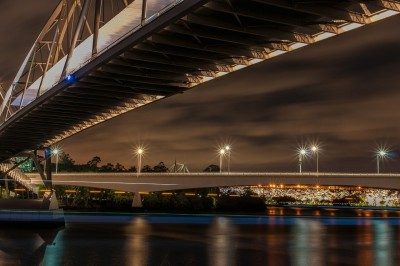 Brisbane is seeing a burst in infrastructure activity not seen for considerable time, and it all culminates in here and now being the time to invest!

A detailed, but far from exhaustive list is below.

Recently completed revitalisation of the CBD waterfront near the Story Bridge, but it isn’t over yet, with a new ferry terminal to open in 2020.

Brisbane already has a fantastic cruise terminal... built in the wrong location. It has limitations on the size of ships that can utilise it, and with both cruising and Brisbane as a port growing rapidly, an alternative was needed. Enter, Brisbane International Cruise Terminal, which will be able to cater for all ship sizes currently in operation worldwide, and is due for completion late 2020.

It was only just recently announced that the Victoria Park Golf Course on Brisbane’s CBD fringe will be converted to public parkland, the  largest new parkland in Brisbane in 50 years.

Cross River Rail has long been on the cards along with various incarnations but finally the project is set to proceed. This is a big one, at a cost of over $5b and a new train line in excess of 10kms in length. Not only will it provide multiple new stations but a new CBD river crossing, allowing more frequent services and less congestion on the network.

Construction on the Brisbane Metro was expected to start imminently, but the State Government and Brisbane City Council appear to be having one last ‘stoush’ on the location of one of the proposed stations. That aside, this project involves the addition and conversion of existing busway stations and infrastructure to allow for ‘tram like buses’ to operate frequently and service the CBD and key routes/locations in Brisbane. One of the issues that currently exist for Brisbane bus services is their unreliable and infrequent nature, which this project is helping to resolve – at least for those along its routes. Due for completion in 2023, but keep an eye on whether this changes.

Queen’s Wharf is a mostly leisure and entertainment precinct designed to revitalise the CBD riverfront (‘North Bank’) and heritage precinct and better connect the CBD with South Bank. It is set to feature a new casino, sky deck, 12 football fields of new open space, 2000 apartments, 1000+ hotel rooms and a new pedestrian bridge to South Bank. One of the blights on Brisbane’s CBD landscape is the area around and under the Riverside Expressway, a largely forgotten tract of land that will receive a vital redevelopment as part of the Queen’s Wharf project and will help reinvigorate the city’s connection to the river’s edge. Due for opening around 2022.

Two new schools for inner-city Brisbane, the first being Fortitude Valley State Secondary College, taking enrolments for the 2020 school year, and the second being a new school in Dutton Park, in Brisbane’s inner-city South, due to open in 2021.

This one is still in its infancy with no guarantee to proceed as far as we can tell, but it does have merit, especially in respect to both the Cross River Rail and Brisbane Metro that would service it. The proposal is for a new 17,000 (approx) seat arena in/near the Roma Street Parklands to cater for live events such as concerts.

Other noteworthy projects include:

Other ‘Green’ Bridges for the inner-city area (vision)


This infrastructure boom translates to multiple benefits including increased employment and net interstate and international migration as a result, potential for increased rents, a stronger Queensland economy and opportunities for increased growth, especially in pockets that directly benefit from the new infrastructure. It may in the future also result in a change of zones and increased density, in particular around new transport nodes.

Is it any wonder we are excited by all of these projects? Now is the time to invest. Follow this link to find out more about becoming an Investigate Property client.