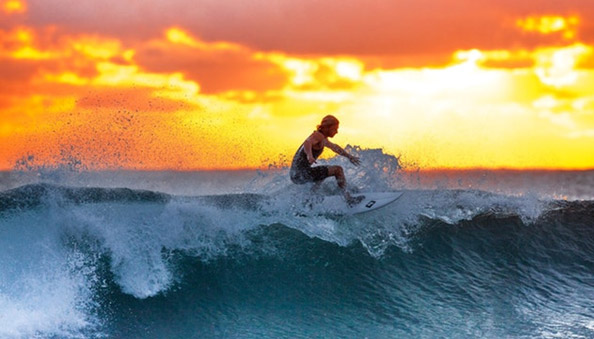 We all know about flooding, but how many are aware of 'overland flow'? If you arne't you should be because it played just as big a part in the February 2022 'Floods' as traditional flooding did.

What is Overland Flow?

Flooding and overland flow are two distinctly different natural events, the only common element is they both involve water.

The easiest way to look at the difference is: flooding is water that rises from a water source and overland flow is water that flows down to a water course.

Overland flow can happen almost anywhere at any time. Don’t believe me? Go outside during a 5 minute downpour and take a look at the water running down your driveway. This is overalnd flow, though admittedly on a minor scale.

It is critical to ensure that your property is not in an area where overland flow concentrates, which are generally low points and gullies. Water will find its natural course as it runs down a hill, and heaviest flows are found where there is a dip in the land. It doesn’t even need to be much of a dip – only 30cm over the course of 100m can concentrate overland flow.

The trouble is, flooding is well publicised and easily researched, but overland flow is not. For most council areas there are no straightforward overland flow searches you can undertake, or mapping to view. Brisbane City Council has a comprehensive database of flood data and a detailed flood report is available detailing flood depths for every property affected by flooding. However, whilst we can view indicative overland flow paths on maps, for most properties the depth or severity of the overland flow can’t be provided so you really have no idea whether it will prevent or effect development.

How do you find out if you are in an overland flow path?

Assuming there is no overland flow map available in your council area, the first thing you should do is look at the contours of the property and look at the location of stormwater pipes. Read the contour map and try to imagine where water concentrations are likely to be. Also, 'zoom out' on your search area maps so you can get a bigger picture of the local area.

The presence of a stormwater pipe is a good indication that you could have overland flow issues. These are almost always located in gullies. If you have a stormwater pipe within or near your property, then further research is critical!

If your research does show some potential issues with overland flow, then you need to speak with a civil or hydraulics engineer. They may be able to pass on some immediate knowledge, but if overland flow issues are identified, then a hydraulics report will be required and this could cost in excess of $3000 and take a number of weeks.

What are the consequences?

Flooding and overland flow have similar consequences in that you need to build up your land or dwellings above the flood level - but it isn’t always as easy as that. You also can’t impede flow or redirect flow in a manner that could affect other properties. Imagine if you built your property up with a retaining wall to get above the flood or overland flow levels, then the water that would usually flow over your property now hits this wall and flows elsewhere, or pools in the one location. This is unacceptable in the eyes of Council and Town Planning.

One other consequence of overland flow people often neglect to consider is insurance. Some insurers do not cover for any form of flooding and then others may cover you for flooding, but have selective definitions for flooding.  For example, insurers may stipulate that cover is provided where water rises and enters your property, but not where it passes through your property without having come from a water course (i.e. overland flow). Read your insurance policy carefully!

So what happened in Brisbane (and elsewhere) in February 2022?

Having now experienced the big wet of 2011 and 2022 (and with knowledge of the well publicised 1974 flood), it is clear all three events were vastly different and resulted in vastly different outcomes. 1974 was caused by a cyclone, 2011 was largely due to a rain event that didn't even occur in Brisbane but rather Toowoomba, and 2022 was unrelenting rain over an extended period of time.

As a result of all three events being different, a property may have flooded in just one event and not the others, two events or all three events depending on location, and the event it flooded in may not even be considered the worst of the three. We've all heard of the term localised flooding but this is localised in a completely different sense.

One of the issues we have is the Flood Reports available for Brisbane properties is largely based on modelling of historical events, but as we've pointed out, 2022 was a very different to other flood events and so we have seen some property flood worse than the reports indicate they should and worse than in 2011, and others flood that weren't meant to, whilst some didn't flood nearly as bad as previous events. It can make one nervous!

What is the lesson?

Consider Flood Reports and Flood Maps as a good guide only, not a definitive statement on whether your property floods and by how much. Also note that for the most part, Brisbane Flood Reports only look at 1% events as being the worst event, that is, each year you have a 1% chance of the property flooding by the stated amount (not the same as a 1 in 100 year flood event, but for all intents and purposes often considered the same thing) - after all, we need to draw the line somewhere. But of course, every year we stand a chance of worse than this. A 1 in 500 year event or even a 1 in 1000 year event.

We recommend conducting your searches, study the contours and pipes, and if your property is affected then get advice, allow a little bit of extra leeway 'just in case', then ensure you have adequate flood insurance! And if you are considering purchasing a flood affected property make sure you buy at a discount and do so knowing you are taking a greater risk. If it doesn't flood whilst you own it, you're probably going to do well out of it, but imagine if it floods again soon, or floods multiple times in the coming years? It could spell financial disaster.

Still in doubt?  Membership of Investigate Property, the Buyer's Agency for buyer's of the best property, entitles you to consultation with a qualified Town Planner.  Click here to learn more.